Baraka Books, an independent publisher of books that put the accent on Québec, is excited to build on its award-winning work of the past 6+ years with a bold new undertaking—the launch of the QC Fiction imprint, 100% devoted to Quebec literature in translation.

“Our inspiration is dynamic presses like And Other Stories in England as well as Deep Vellum Press in Texas and Open Letter Books in New York,” said literary translator Peter McCambridge, who will run QC Fiction and translate a few of the titles himself. “If our books are mentioned alongside the quality fiction these international presses are putting out, we’ll be happy, all while putting the emphasis squarely on the great generation of new Québec writers. We’ll be concentrating on doing one thing and doing it very well: putting out the best of contemporary Québec fiction in idiomatic, readable translations for the international market. 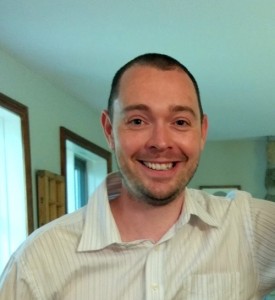 “I belong to a generation that feels less in common with older writers like Jacques Poulin and Michel Tremblay and is more excited by the likes of Eric Dupont and first-time novelists such as Jean-Michel Fortier, Mikella Nicol, and Vincent Brault. We’ll also be getting younger translators involved, and are excited to be introducing fresh and first-time translators to the scene.

“To be honest, we’re hoping to help shake things up a little, and help introduce readers to new voices, new authors, and new translators.”

Readers from Cape Breton to Cape Town and Cape Cod will be encouraged to subscribe to a year’s worth of novels from QC Fiction, with 3 to be published in 2016 and 4 more to come in 2017. QC Fiction books will be available individually direct from qcfiction.com and will be distributed across North America by Independent Publishers Group.

“Peter is already very familiar with the literary scene in Québec through his work as a literary translator for Baraka and others, as well as the Québec Reads website,” commented Baraka Books publisher Robin Philpot. “We’re looking forward to seeing how he helps take QC Fiction in new, unexpected directions.”

QC Fiction’s first book of 2016 will be Life in the Royal Court of Matane (Bestiaire by Eric Dupont, originally published in French by Marchand de feuilles), followed by a second novel to be named in early fall, with the inaugural season rounded out by David Clerson’s first novel Brothers, winner of the Grand prix littéraire Archambault 2014 (originally published by Héliotrope as Frères and written by David Clerson). More information on these and forthcoming titles is available at the QC Fiction website: qcfiction.com.

All QC Fiction enquiries should be directed to Peter McCambridge at peter@petermccambridge.com.
(Communiqué français)