VOA Runs Article and Interview on Dying To Live, A Rwandan Family’s Five-Year Flight Across the Congo

VOA Runs Article and Interview on Dying To Live, A Rwandan Family’s Five-Year Flight Across the Congo

The author of Dying to Live, Pierre-Claver Ndacyayisenga was recently interviewed by the Voice of America in Washington. Here is the report with video footage from the Congo and from the interview at VOA studios. 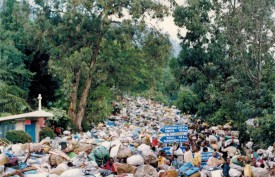 Some refugees were forced back to Rwanda as here in 1996; at least 300,000 were then pursued and hunted down by the Rwandan Patriotic Army and rebels it activated in Eastern Congo.

The book tells a story that, according to Publishers Weekly, “offers an important look at a piece of African history that most of the world was unaware of, or chose to ingnore, while it was happening.”

It is never too late to learn what happened and how the hundreds of thousands of people were sacrificed while much of the world looked the other way. What was hundreds of thousands then reached into the millions (up to 4 million) according to UN officials. This story is essential to understanding the ongoing war and massacres in the Democratic Republic of the Congo. 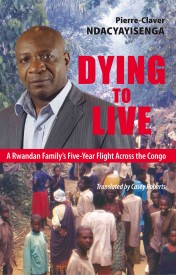