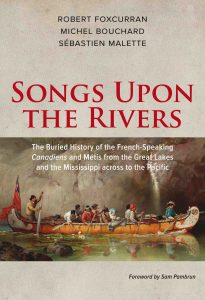 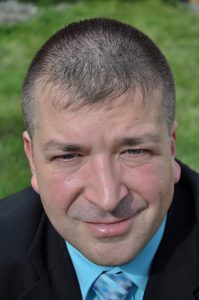 Rob Rolfe is Poet Laureate of the city of Owen Sound, Ontario, located on the shores of Lake Huron (Georgian Bay). Rob wrote this poem while reading Songs Upon the Rivers by Robert Foxcurran, Michel Bouchard and Sébastien Malette. Michael Smith, of the Great Lakes Métis Council, read the poem at the Louis Riel Day celebration organized by the local Métis organization. Louis Riel, leader of the Métis of North America, was hanged at the North West Mounted Police barracks in Regina by the Canadian Government under Prime Minister John A. Macdonald on November 16, 1885.

john macdonald
had a dream
of cart and travois
swept away 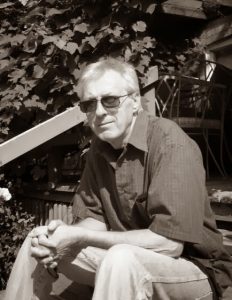 for certain
as the noose was
firmly tied

if those french
fishermen
wept when louis
riel died

the trees are like
a métis sash
red green orange
interwoven

the high bluffs
offer shelter
log cabins stand
below them