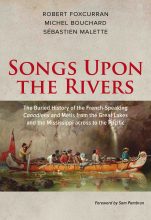 “the hardness of the Indians they must have embrothered to be able to settle and have them as conspirators in the rebellion against contrarious potent churly England.” — Jack Kerouac, Visions of Gerard “a major undertaking … a valuable contribution,” Canada’s History Long before the Davy Crocketts, the Daniel Boones and Jim Bridgers, the French… Read more » 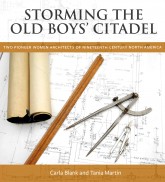 “Women” and “architecture” were once mutually exclusive terms. In an 1891 address, Louise Blanchard Bethune declared, “it is hardly safe to assert” that a connection even exists between the two words. Some women didn’t agree.