MOTHERHOOD, The Mother of All Sexism

Quebec spoils its families, according to some, with those “long” parental leaves—a full year for mothers (Imagine!)—well-subsidized childcare and more. Marilyse Hamelin challenges that restrictive view. But she adds that although progress has been made compared to other places in North America, stop-gap measures are not the answer. Women deserve and expect more. And the… Read more »

“The French number more than a million in the United States…. They are kept a distinct alien race, subject to the Pope in matters of religion and of politics. Soon…they will govern you, Americans.” — British-American Citizen (Boston), 1889 Americans don’t think of Canada as a source of potential terrorists—speaking a foreign tongue, serving a… Read more » 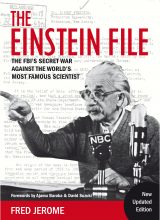 Forewords by Ajamu Baraka and David Suzuki Einstein arrived in the United States in 1933, the year the Nazis rose to power in Germany. From that moment until he died in 1955, J. Edgar Hoover’s FBI—with other agencies—feverishly collected “derogatory information” to undermine the renowned scientist’s influence and destroy his reputation. With material accessed under… Read more »

“In the night of our ignorance, North Korea confirms all stereotypes.”—Bruce Cumings Patriots, Traitors and Empires is an account of modern Korean history, written from the point of view of those who fought to free Korea from the domination of foreign empires. It traces the history of Korea’s struggle for freedom from opposition to Japanese… Read more »

“Carolyn Marie Souaid has a brave honest voice and a love for northern Canada and its people that is genuinely moving to read about.” —Tomson Highway A young woman enters a whole new world of attraction in a community struggling with generations of loss of land and culture. Yasmeen’s tradition-bound mother wants her to stay… Read more » 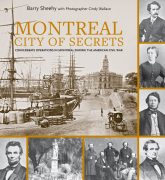 “Barry Sheehy lays out the case for the involvement of the Confederates in a concise and convincing manner showing once and for all that Booth could not have carried out his plot without their direct help. It is about time.” – Edward Steers Montreal hosted the Confederacy’s largest foreign secret service base during the Civil… Read more »

“Stephen Gowans’ Washington’s Long War on Syria is probably the most important book on the war in Syria that members of the general public should be reading right now.” —Maximilian C. Forte, author of Slouching Towards Sirte. When President Barack Obama demanded formally in the summer of 2011 that Syrian President Bashar al-Assad step down,… Read more »