Pre-order now; Free shipping in North America Pub date May 1, 2023 Stephanie Chitpin was born in Hong Kong to unwed parents. A few days later, an infant girl in a woven straw basket was transported illegally to the island of Mauritius off the coast of Africa by Ah Pak, head nun of a Buddhist… Read more » 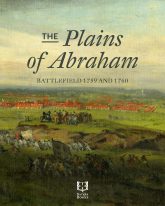 British troops was Major General James Wolfe, while the Marquis de Montcalm was at the head of the French forces. The British were victorious and five days later Quebec, the Capital of New France, surrendered. That storied battle still resonates. The surprise landing of British troops combined with the short duration of the battle and… Read more »

The History of Montréal

Montreal is one of those unique cities at the crossroads of history. Paul-André Linteau’s The History of Montréal provides essential background for both Montrealers and all those who will converge on the city to celebrate the 375th anniversary of the founding of Montreal in 1642. Montreal has always intrigued. For centuries, people have written, talked,… Read more »

The Question of Separatism

Baraka Books proudly offers readers a new edition of her third, least-known book to mark that anniversary. Undeniably a genius on urban issues, Jane Jacobs also grappled with the question of nations and political sovereignty. Out of print since the mid 80s, The Question of Separatism, Quebec and the struggle over sovereignty now includes a… Read more »

Rwanda and the New Scramble for Africa

The Riot that Never Was

“The Riot that Never Was provides a striking portrayal of mid-nineteenth-century Montreal: the vigorous debates that raged in Patriote and Conservative newspapers, the hot fighting during elections that often degenerated into open conflict between the Canadiens, the Irish, and the English, and the recurrent epidemics like the cholera epidemic in 1832. (…) Jackson brilliantly establishes… Read more »

This lively guide to Quebec history tells the fascinating story of the settlement of the St. Lawrence River Valley over nearly 500 years. But it also tells of the Montreal and Quebec-based explorers and traders who travelled, mapped, and inhabited most of North America, and embrothered the peoples they met. Combining vast research and great… Read more »