Pre-order now; pub date June 1 On September 13, 1759, the armies of Britain and France clashed on the Plains of Abraham. In command of the British troops was Major General James Wolfe, while the Marquis de Montcalm was at the head of the French forces. The British were victorious and five days later Quebec,… Read more » 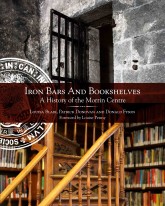 The Morrin Centre is at the heart of Quebec City’s history. It once housed Quebec’s common jail, the Presbyterian-run Morrin College, and the scholarly activities of the Literary and Historical Society of Quebec. Today, it is home to the city’s main English-language cultural centre and library. The colourful stories of each of these institutions reveal… Read more »