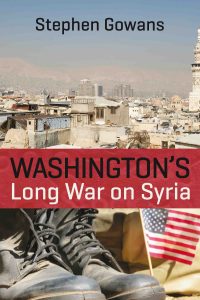 Baraka Books’ spring 2017 list will include: Rhapsody in Quebec, On the Path of an Immigrant Child by Akos Verboczy, Washington’s Long War on Syria by Stephen Gowans, and Wintersong, The Nickel Range Trilogy, Volume 3 by Mick Lowe. For forthcoming QC Fiction books click here. 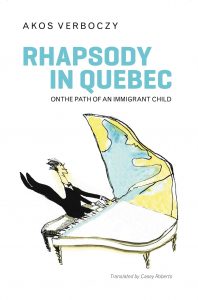 Rhapsody in Quebec, On the Path of an Immigrant Child by Akos Verboczy (April 2017)

Born in Hungary in 1975, Akos Verboczy moved to Montreal at the age of 11 with his sister and mother, an esthetician, who learned that in Canada women were willing to pay a fortune ($20) to have their leg hair brutally ripped out. His story begins in Hungary, where at the age of nine he learned that he was a Jew too—“half-Jew” to be more accurate. Unlike some who emigrated from Eastern Europe, Verboczy has no particularly beefs about life “behind the iron curtain.” He lands in Montreal as James Brown’s Living in America plays and Rocky knocks the Russian communist boxer flat in Rocky IV. The good guys he had learned to like were now officially the bad guys.

Once in “America” he discovers that he will be going to French school—after all it is Québec—, but then he learns that Canada is the only “place on the planet where there’s no prestige in speaking French.”

In fifty vignettes and tales that belie all clichés about immigration to Québec, he depicts the experience of embracing a culture and a people who are constantly obliged to reaffirm their right to exist. A keen young fencer, he identifies with Alexander Dumas’s d’Artagnan, the outsider who insists that his “heart is musketeer” though his dress is not. At a time when identity politics are at the fore, Verboczy’s observations are both enlightening and witty, comforting and yet challenging, and humorous. He does not hesitate to discuss thorny political issues such as language laws, anti-Semitism, multiculturalism, values, Québec sovereignty and more.

Rhapsody in Quebec is an important contribution to public debate wherever immigration is an issue, be it Quebec, Canada, United States or elsewhere.

When President Barack Obama demanded formally in the summer of 2011 that Syrian President Bashar al-Assad step down, it was not the first time Washington had sought regime change in Damascus. The United States had waged a long war against Syria from the very moment the country’s fiercely independent Arab nationalist movement—of which Assad and his father Hafez al-Assad were committed devotees—came to power in 1963.

Washington sought to purge Arab nationalist influence from the Syrian state and the Arab world more broadly because it was a threat to its agenda of establishing global primacy and promoting business-friendly investment climates for US banks, investors and corporations throughout the world. Arab nationalists aspired to unify the world’s 400 million Arabs into a single super-state capable of challenging United States hegemony in West Asia and North Africa and becoming a major player on the world stage free from the domination of the former colonial powers and the US.

Washington had waged long wars on the leaders of the Arab nationalist movement—Egypt’s Gamal Abdel Nasser, Iraq’s Saddam, Libya’s Muammar Gaddafi, and Syria’s Assads, often allying with particularly violent forms of political Islam to undermine its Arab nationalist foes. By 2011, only one pan-Arabist state remained in the region—Syria.

It’s September, 1978 and the 11,700 hard rock miners and smelter and refinery workers of Inco’s Sudbury operations face a stark choice: remain on the job without a contract or take seemingly suicidal strike action against a hard-nosed employer that’s accumulated a nickel stockpile vast enough to last a year without further production.

A fateful choice is made, one that will change the lives of newlyweds Jake and Jo Ann McCool and the Canadian labour movement forever. Against a backdrop of unrelenting winter and swirling changes in social mores, the ensuing struggle triggers epical challenges few could have foreseen.

Mick Lowe, a prolific journalist, writer and newspaper columnist,  is the author of the Canadian true crime classic Conspiracy of Brothers: A True Story of Bikers, Murder and the Law. Born and raised in Nebraska, Lowe immigrated to Canada in 1970. He moved to Sudbury, Ontario in 1974 where he became an avid student of that city’s turbulent labour history. The first two volumes of the Nickel Range Trilogy are The Raids and The Insatiable Maw. 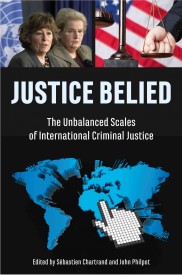 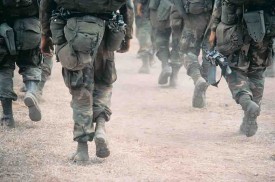