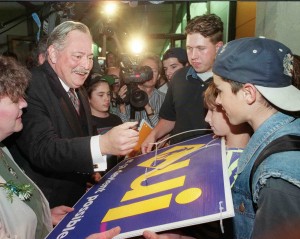 Baraka Books at a glance; in April we will celebrate our 5th anniversary

At a time when everybody was saying that books were dead, that nobody would want to buy hardbooks anymore because of the net, ebooks, blogs, and all the rest, some people disagreed. Baraka Books was founded on March 23, 2009. Denis Vaugeois had the idea, but the idea’s time had come. With an inspiring

mission statement that you can read to the right of this page, Robin Philpot launched the publishing house, confident that books have a future, even, or perhaps especially, print books.

Over these five years we have published books dealing with variety of subjects and in various genres. Translations are an important part of our production and will continue to be so. To help readers navigate through our website and identify the books that might interest them, the titles published since 2009 are presented below in five general categories. This has all been accomplished in less than five years defying all and sundry naysayers.

A People’s History of Quebec by Jacques Lacoursière & Robin Philpot

An Independent Quebec, The past, the Present and the Future by Jacques Parizeau

The First Jews In North America, The Extraordinary Story of the Hart Family 1760-1860 by Denis Vaugeois

Soldiers for Sale, German “Mercenaries” with the British in Canada during the American Revolution by Jean-Pierre Wilhelmy

The History of Montréal, The Story of A Great North American City, by Paul-André Linteau

21 Days in October, a novel by Magali Favre

You could lose en eye, My first 80 years in North America, by David Reich

The Riot that Never Was, The Military Shooting of Three Montrealers in 1832 and the Official Cover-up, by James Jackson

The Orphanage, An Autobiography, by Richard Bergeron

Dying to Live, A Rwandan Family’s Five-Year Flight Across the Congo, by Pierre-Claver Ndacyaisenga

America’s Gift, What the World Owes to the Americas and their First Inhabitants, by Käthe Roth & Denis Vaugeois

Break Away 1, Jessie on My Mind, Young adult novel by Sylvain Hotte

On the Crow and Other Stories by Robert A. Poirier

Washika, A Novel by Robert A. Poirier

Principals and Other Schoolyard Bullies Short Stories by Nick Fonda

I Hate Hockey, A Novel by François Barcelo

The Raids, Volume I of the Nickel Range Trilogy by Mick Lowe (forthcoming – 2014)