“a meticulous, second to none look…” Esther Callens, The Birmingham Times

In June 1964 young black and white civil rights workers risked their lives in the face of violence, intimidation, illegal arrests, and racism to register as many African American voters as possible in Mississippi, which had historically excluded most blacks from voting. With a firsthand account of the details and thoughtful descriptions of key people on the front lines, including Fannie Lou Hamer, Charles McLaurin, John Harris, Irene Magruder, and many more, author Jim Dann brings that historic period back to life. He places those 15 months in Mississippi in the overall history of the struggle of African Americans for freedom, equality, and democratic rights in the South, the country, and throughout the world. Fraught with lessons from those experiences, Challenging the Mississippi Firebombers is an outstanding contribution to understanding and advancing civil rights struggles. It is also an engrossing story of a pivotal moment in the mid-20th-century United States.

In June 2013, the Supreme Court gutted the 1965 Voting Rights Act for which the civil rights movement had fought for years, while in July, George Zimmerman was acquitted — he “got away with murder” said jurors. Jim Dann’s book provides invaluable insight and lessons at a time when some would like to roll the United States back to the 1950s. 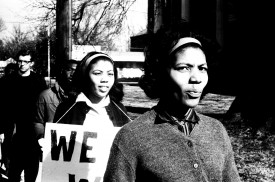 “A courageous band of black SNCC workers had been struggling for three years, trying without success to register black people to vote. Jailed,  beaten and killed for their efforts, they were ignored by the media and federal government. Now this was about to change: with the full glare of major media publicity, a thousand mostly northern college students would enter the fray to share weal and woe with the black people of Mississippi.“Read more on Global Research…

“Challenging the Mississippi Firebombers offers an uncompromised glimpse into .. the Civil Rights era … it is an imperative dissertation — one that should never be forgotten. … a meticulous, second to none look… Without Dann’s (and the countless other students’) contributions, Freedom Summer would have just been an idea forgotten.” Esther Callens, The Birmingham Times, Birmingham Alabama

“Many opposed slavery, but few were abolitionists; many opposed segregation, but few lifted a hand to end it. Jim Dann answered the call. If you want to know the how and why of fighting oppression, open this book.”–Phil Taylor, Radio Broadcaster at CIUT, Toronto

“’We shall overcome’ really works, and James Dann provides the evidence in this first-person account of the Freedom Movement which transformed Mississippi and the rest of the country. The lessons of this clearly-written, enjoyable book are needed by all of us, particularly the emerging generation of activists.” — Kitty Kelly Epstein, PhD, Professor and Activist, 2013 Recipient of the Scholar Activist Award from the Urban Affairs Association

“This memoir of the late Jim Dann is an extraordinary and compelling book about his participation as a young man in the dangerous struggle for human and civil rights in the 1960s. Written later in life upon request by his children, Dann’s narrative is factual and demanding, honest and humble, showing existing human adversity, which societies need to face and overcome. A book to read, so as not to forget the recent past.” — Ludger Müller-Wille, Professor (retired), McGill University, Montreal

“I just finished reading Jim Dann’s remarkable book. The ending is very beautiful. We need to be reminded that people can, and do change. It is inspiring, as well as a reminder of my own memories of those times. I am sad that Jim is no longer here – I would have loved to meet and trade stories with him.” Valerie Alia, PhD, Professor Emerita, Leeds Metropolitan University, and award-winning scholar, journalist, photographer, and poet. 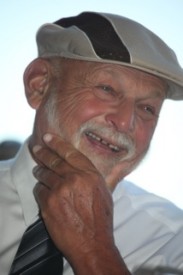 Jim Dann volunteered for the Mississippi Summer Project organized by the Student Nonviolent Coordinating Committee (SNCC) in 1964 and stayed on the following year as an SNCC field secretary. He lived in Vacaville, California. Jim died of leukemia on June 16, 2013.

John Harris (1943-2012) wrote the preface. President of the largest SNCC chapter at Howard University, he joined the Mississippi Summer Project in 1964 and was key SNC advocate for equality and civil rights.

Tracy Sugarman (1921-2013), author, illustrator and chronicler of the civil rights movement, graciously gave some drawings to the author and Charles McLaurin.

NOTE: Arley Dann, Jim’s widow, has decided to donate the royalties earned with this book to the Sunflower County Civil Rights Organization. That was Jim’s original plan.