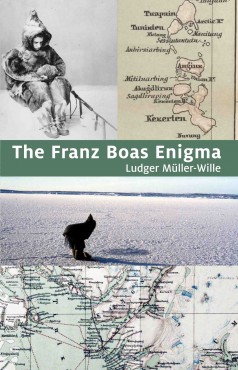 “… Franz Boas has remained an enigma, so misunderstood as a person and so often misrepresented as an anthropologist.” William S. Willis, Jr.

How did Franz Boas become the central founder of anthropology and a driving force promoting science in public life in North America? To answer this question, linguistic and cultural barriers must be overcome to grasp the importance of Boas’s personal background and academic achievements as a German Jew. Müller-Wille asserts that the key is in his publications in German on Inuit and the Arctic as related to environmental, geographical, and ethnological questions. These writings have remained largely unknown and neglected in the English-speaking world, yet they represent his emerging scientific interpretations of Inuit culture and the Arctic. They also provide insight into the crucial period of Inuit history 130 years ago at a time of European and North American colonial expansion into their homeland.

“And what I want, what I will live and die for, is equal rights for all, equal opportunities to work and strive for poor and rich! Don’t you think that when one has done even a little toward this, this is more than the whole of science together?” Franz Boas, Baffin Land, 22 January 1884

“By examining the published works of Boas on the Inuit and the Arctic from 1883 to 1894, Ludger Müller-Wille has restored a 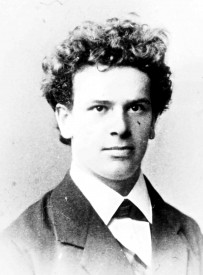 profoundly important chapter of Boas’ life and allows Boas to speak again through his German-language publications. Müller-Wille presents Boas with intellectual complexity and removes the dividing approach to before and after his Arctic research, which has been the dichotomy perpetuated in much English-language scholarship on Franz Boas.” — Rosemary Lévy Zumwalt, coauthor, Franz Boas and W. E. B. Du Bois at Atlanta University 1906 and Ritual Medical Lore of Sephardic Women

“What a fascinating and meticulous piece of work! (Müller-Wille has) brought so much together to enrich our understanding of Franz Boas, this brilliant and complicated man.” — Valerie Alia, PhD, Professor Emerita, Leeds Metropolitan University.

“… this slim volume is an important codex of our times, especially for the dedicated social scientist. … Boas, North America’s seminal anthropologist, … shape[d] a scientific system dedicated to the egalitarian analysis of human culture. That system emerges, here, through a wealth of mind-haunting ethnological data.” Allan Bentley, Telegraph-Journal, March 2014

Ludger Müller-Wille is a Montreal anthropologist and geographer who taught at McGill University for thirty years. Author and editor of books and articles on Franz Boas, he has conducted extensive research in the Arctic and Subarctic among Sámi and Finns in Finland and Inuit, Dene, and Naskapi in Canada. Ludger Müller-Wille is also author of Inuit and Whalers on Baffin Island through German Eyes, Wilhelm Weike’s Arctic Journal and Letters (1883-84) published by Baraka Books in 2012.

America’s Gift: What the World Owes to the Americas and Their First Inhabitants