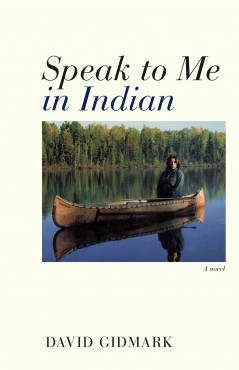 Speak to Me in Indian

Shane Bearskin, a Cree from James Bay, and Theresa Wawati, an Algonquin from Northern Quebec, are united by a profound love and a visceral attachment to their cultural heritage. Both have experienced the challenges that face so many young people from indigenous communities. Though they are now studying in Montreal, they are determined to buck everything modern society would impose on them and return to live in the bush, like their ancestors, and have a baby.

David Gidmark is the author of ten books. Born in Winsconsin, he has lectured on the birchbark canoe throughout the world, including at the Smithsonian Institution. David Gidmark lives in Maniwaki, Québec.

“Gidmark has spent years living among the Algonquin people of northern Quebec. His debut novel is a testament to his deep respect and passion for their culture . . . . Richly describing traditional skills and knowledge, . . . [it is] a helpful introduction for readers unaware of the long history of Canada’s oppression of First Nations people.” —Publishers Weekly

“In Speak to Me in Indian, David Gidmark weaves a haunting love story between Shane Bearskin, a Cree man from James Bay, and Theresa Wawati, a young Algonquin woman from Northern Quebec. … Gidmark’s story is a simple, yet devastatingly beautiful, account of human life which emphasizes the everyday importance of heritage and pride.” — Life in Quebec