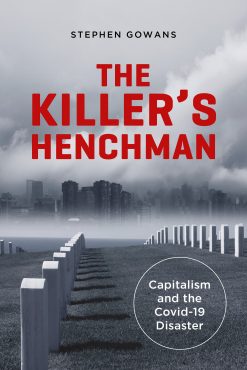 THE KILLER’S HENCHMAN, Capitalism and the Covid-19 Disaster

Summer 2021, the novel coronavirus is scything through populations worldwide. WHO Director-General Dr Tedros Adhanom Ghebreyesus announces the Covid-19 pandemic will end “when the world chooses to end it.… We have all the tools we need. They include proven public health and social measures; rapid and accurate diagnostics; effective therapeutics including oxygen; and of course, powerful vaccines.”

Much of the world ignored the proven health and social measures Tedros mentioned. On the other hand, China, Vietnam, New Zealand and a few other countries had used those measures successfully to drive infections to zero. The rest of the world preferred to let the virus to run riot, or impose half measures, and only when hospitals were under an unbearable strain.

The promised vaccine exit ramp turned out to be more mirage than oasis. Countries that rolled out vaccines quickly to large parts of their populations, soon turned to boosters, but with little success.

Poor- and middle-income countries meanwhile experienced a global vaccine apartheid. They were left waiting for crumbs to fall from the rich countries’ table, as new, possibly more virulent variants, threatened to emerge.

Stephen Gowans investigates why, when all the tools to avert a catastrophe were available, the world failed to prevent the Covid-19 disaster. He examines the business opportunities and pressures that helped shape the world’s failed response. His conclusion:  the novel coronavirus, a killer, had a helper in bringing about the calamity: capitalism, the killer’s henchman.

Exposing the role profit-making played in creating the disaster, Gowans shows how capitalism, its incentives, and its power to dominate the political process, impeded the protection of public health and prevented humanity from using the tools available to solve one of its most pressing problems. 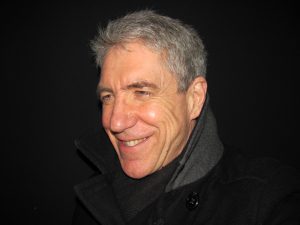 Stephen Gowans is an independent political analyst and writer whose principal interest is how public and foreign policy is formulated, particularly in the United States. His writings, which appear on his What’s Left blog, have been reproduced widely in online and print media in many languages and have been cited in academic journals and other scholarly works. He is the author of three acclaimed books Washington’s Long War on Syria (2017), Patriots, Traitors and Empires, The Story of Korea’s Struggle for Freedom (2018), and Israel, A Beachhead in the Middle East (2019) all published by Baraka Books. He lives in Ottawa, Canada.