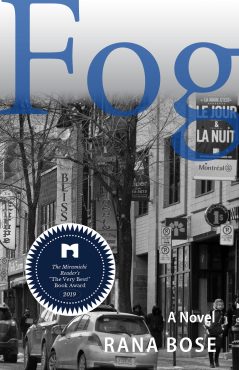 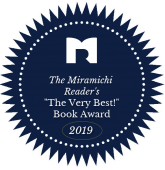 A small plane was blown up in an act of sabotage several years ago over Eastern Quebec, Canada. All the passengers and crew were killed. The incident was quickly analyzed and termed a mechanical failure. The case was declared cold, in a rush. What intrigue and what unseen, powerful forces could hush up such a catastrophic incident?

A young actor from Montreal dies in Afghanistan. Killed by a missile from a drone. His death opens up wounds and discussions that are not in the public domain. These two seemingly disparate events form the backbone of a compelling contemporary thriller, set in the Main district of Montreal and in the blue-green mountains of Kandahar.

Three friends—an eccentric dancer with a destructive split personality, an actor and tragic neighborhood hero who climbs out of the hood and destroys all existing notions about him, and the narrator, a non-descript follower who changes his life dramatically and takes control after a brutal assault—work together to de-freeze the cold case and burn up the fog. What does it take to clear the pall of complex emotions, the unresolved local and personal conflicts and the intricate remembrances of various communities in a fabled neighborhood?

Rana Bose is an author, playwright, poet, and dramaturge. Fog is Bose’s third novel. He has written and staged eleven plays that have been performed in many cities. He is the founding editor of Montreal Serai. Born and raised in Kolkata (Calcutta), Rana Bose completed his engineering studies at Washington University, and has lived in Montreal since the 1970s.

“Written with flowing lyricism, the novel reveals the deft hand of a seasoned writer in piecing together a seamless narrative…. Bose’s characters are live, real and at times as confused as in a Shakespearean drama…. Fog is his crowning achievement.”— Ian Thomas Scott, The Ottawa Review of Books.

“Fog is a literary thriller that will keep the reader engrossed from the first page to the last. Characters are engagingly & sensitively drawn.” Richard King, Book Columnist CBC Homerun

“... suspenseful, conflicting, mysterious and hard to put down. (…) A literate mystery/thriller set in Montreal (on “the Main”) with side trips to Calcutta and Kandahar, this is a superbly written book about a neighbourhood, friendships, justice and belonging. Highly recommended.” — James Fisher, The Miramichi Reader

“Suspenseful and sublime, Fog is a powerful novel of intrigue and love, family and friendship in which fog is a feeling ‘like a tenderness of the soul.’ Grounded in place with exquisite detail and held aloft by an inspiring worldview, this is a story with unforgettable characters whose entanglements lead us through the magically rendered streets of Montréal and across continents in search of adventure and truth.”—Cora Siré, author of Behold Things Beautiful and other books.

“Sometimes the fog is a moist mist which beautifully frames our deepest intimacies, sometimes it is a translucent curtain drawn to mask the pain of exile and displacement, and sometimes it is an obscuring darkness where all moral movement seems impossible. But Rana Bose’s characters join together to find new ways forward. They emerge from the fog by recognizing the history of “the Main” while seeing it anew.”—Michael Springate, author of The Beautiful West and The Beloved of God